Historic images from across the borough
0
Back to Aviation

Celebrity aviatrix Winifred Brown, after arrival at Southport in 1930 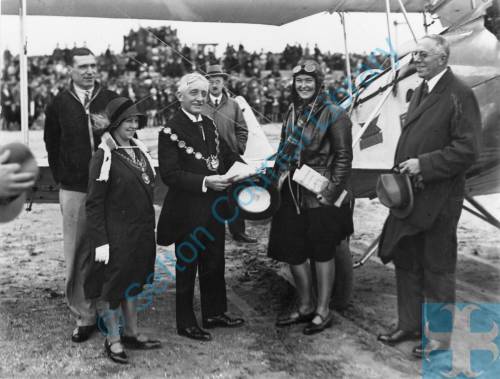 Sorry this item cannot be purchased.

Not very well known now, Winifred Brown was Britain’s answer to Amelia Earhart in aviation terms, but was also an all-round explorer, sportswoman, yachtswoman, raconteur and major celebrity.  Winifred was born in Sale in Cheshire in 1899, the daughter of a Manchester butcher.  As a pilot, Winifred won the prestigious Kings Cup Air Race in 1930, the same year that this photograph was taken.  Winifred was the first (and last) woman to win the race.  She died in the early 1990s.

There are no related entities.